In Memory of
Robert
Helm
2019
Click above to light a memorial candle.
Memorial Candle Tribute From
Gleason Funeral Home
"We are honored to provide this Book of Memories to the family."
View full message >>>
Send Flowers
Plant a Tree In Memory of Your Loved One
Click Here
Menu 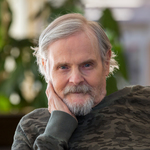 Mr. Robert Helm passed away on Monday October 28, 2019 at the Lyons VA Community Living Center in Basking Ridge. He was 87 years old.

Mr. Helm was born in New Brunswick. He attended the Salesian School in Goshen, NY before enrolling in Rutgers University. He then served our country during the Korean War and once he returned home completed his education at Rutgers earning a Bachelor’s of Science from Cook College.

He was employed as a Chemist for FMC Corp and Fisher Scientific and worked in microscope sales as well. He was involved in the National Multiple Sclerosis Society as past president of the Metuchen MS Self Help Group. Mr. Helm was an outdoorsman and an antique car enthusiast who worked for years despite his physical disabilities restoring an original 1932 Model B Ford Cabriolet. His son John just recently completed the restoration which Mr. Helm had the opportunity to finally see restored three weeks before his passing.

He was pre deceased by his siblings Benjamin Helm, who served in the US Army in World War II, and by his sisters Augusta Helm and Jane Helm.

Mr. Helm is survived by his wife Gizelle and son John and his wife Veronica. He is also survived by his two grandsons, Christian, a Cadet Airman in the Raritan Valley Composite Squadron of the US Air Force Auxiliary Civil Air Patrol and his younger brother Connor.

Visiting will take place privately and a military graveside service will take place on Saturday at 10:30 AM at Elmwood Cemetery in New Brunswick. Flowers can be sent to Gleason Funeral Home in Somerset