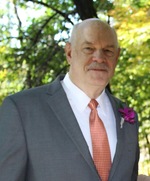 William C. Flintoff, of Somerset, passed away on Tuesday, June 18th at home. He was 74.

Born in Staten Island, New York, he lived in Millington and North Plainfield before moving to Somerset in 1974.

Bill worked as a Division Manager for Oakite in Berkeley Heights for over 30 years before retiring in the early 2000s. After his retirement, he served as a volunteer with Gentiva Hospice.

Bill was passionate about literature, music, and art, and was an avid amateur painter. He spent other hours with his golden retrievers, and other rescued pups, lately, Toby. Over the past twelve years he, along with his friends, George and Al, had undertaken the adventure of hiking the US National Parks.

He was predeceased by his parents, William & Margaret Flintoff.

Surviving are his wife of 51 years, Luisa (Soustal) Flintoff; daughter, Ileana Flintoff and her husband, Daniel Gunn of Bridgewater; son and daughter-in-law, Eric and Lisa Flintoff of Vacaville, California; and sister, Clare Loree of Largo, Florida.