In Memory of
Edna
Bubrow
2019
Click above to light a memorial candle.
Memorial Candle Tribute From
Gleason Funeral Home
"We are honored to provide this Book of Memories to the family."
View full message >>>
Send Flowers
Plant a Tree In Memory of Your Loved One
Click Here
Menu 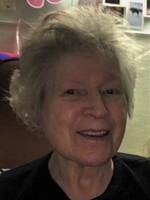 
Mrs. Edna Bubrow passed away peacefully on Friday evening at the Samaritan Healthcare and Hospice center in Mount Holly. She was 96 years old.

Mrs. Bubrow was born in Newark and came to the New Brunswick area as a young lady. She graduated from New Brunswick High School and went on to work for NJ Bell. She moved to Kendall Park in 1960 where she and her husband, John raised their four children.

She was a longtime parishioner of both St. Joseph’s Church in New Brunswick and St. Augustine’s in Kendall Park. Mrs. Bubrow worked for a number of years in an administrative capacity at The Princeton University Library and the Rutgers University Library of Science and Medicine in Piscataway. She was an avid reader and enjoyed crossword puzzles but time with her family was valued most.

Mrs. Bubrow is survived by her children Jonathan Bubrow and his wife Linda of Florida, Jeffrey Bubrow of Pennsylvania, Janet Haney of Florida and Joyce Campbell and her husband Christopher of Hainesport.

A funeral mass will be held on Thursday at 10 AM at St. Joseph Church in New Brunswick. The family will greet guests at church starting at 9 AM. Committal services will follow at St. Peter’s Cemetery in New Brunswick. Contributions in Mrs. Bubrow’s name may be made online or mailed to Samaritan Healthcare & Hospice, Development Office, 5 Eves Drive, Suite 300, Marlton, NJ 08053.