Immediate Need
We are here to help you. If you have need of our services, please call us, day or night, at:
732-545-0700
To better prepare yourself, we have provided you with some helpful information regarding the immediate need process.
Contact Us / Location

In Memory of
Michael
Brundage
2018
Click above to light a memorial candle.

The lighting of a Memorial Candle not only provides a gesture of sympathy and support to the immediate family during their time of need but also provides the gift of extending the Book of Memories for future generations. 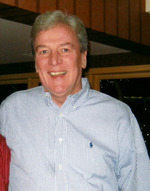 Michael Patrick Brundage, 65, longtime resident of Somerset, died on November 4 at Robert Wood Johnson Medical Center in New Brunswick.
Born in New York City, Michael was raised in Iselin and Kearny before moving to Somerset.
He was predeceased by his wife of 41 years, Diane Cytacki, and by his parents Howard and Anna (Bolton) Brundage. He is survived by his brother Thomas (Eileen) of Cary, NC, sisters Kathleen (Robert) Balascio of Madison, and Anne (Joseph) Kelly of Brick, and his many nieces and nephews.
Michael attended Saint Cecilia's High School in Kearny where he played soccer and joined the basketball 1000 Point Club. After graduating from Rutgers University in Newark, he had a long career in the insurance industry working for Kemper and AIG.
Michael enjoyed spending time with family and friends and caring for the family cats and dog. He will be truly missed by all.
Visitation will be from 5-8PM on Wednesday at Gleason Funeral Home in Somerset with funeral services at Gleason's on Thursday at 11:30AM.